May Employees of The Month

Druanne began her career with Westwood in June of 2014 as a Leasing Consultant for 945 apartment homes at Cool Springs in Frisco, Texas. She then ventured to her current property, just a few stop lights away, at Old Hickory Square in February of 2015. She is cherished by everyone who meets her and has an incredible way of putting a smile on anybody’s face!  Her vibrant smile, positive energy, and upbeat outlook has made her an extremely valued associate of the Westwood family and truly an asset to Old Hickory Square. Druanne enjoys rollerblading and spending time with family and friends outside of work. Her favorite things about her job are her co-workers, assisting residents, and sealing the deal, which she just so happens to be marvelous at! Something most people don’t know about Druanne is that she was extremely successful as Cupid while being a Match Maker in the Dallas/Fort Worth area way before online dating was around! Thank you Druanne for all that you do and for adding some extra sunshine to our days! 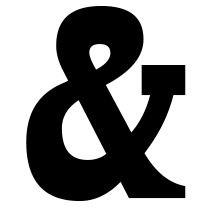 Keelan is one of the superstar Maintenance Foremen at Royal St Moritz in Grapevine, Texas. He started with Westwood in July, 2015 and is quickly moving up in our company. How do we begin to summarize all the positively great things that Keelan brings to our team? His hard work and dedication to every task given to him continues to highlight the many terrific qualities that make him such a rare employee. Residents cannot say enough about how he always goes the extra mile to make sure they are happy. Keelan always walks into the office with a smile on his face and ready for anything and everything work will throw his way. He not only exceeds in his performance but also with his positive attitude that our team has grown to depend on daily. He consistently goes above and beyond to ensure the job is done well and continues to be a great example to his fellow co-workers with his outstanding work ethic and determination. Keelan is an amazing asset to the Royal St. Moritz team and we truly wouldn’t know what to do without him. Thank you for all that you do!